You are at:
Home > Publications > People

This book is the first of its kind. It brings together over 300 fascinating ‘firsts’ in Singapore. Do you know who owned the first car brought into Singapore? Or who the first woman doctor was? What about the first ‘skyscraper’ or the first court house? Authors Kay Gillis and Kevin Tan have compiled a personal collection of interesting and intriguing ‘firsts’ in an A-Z encyclopaedia. Most of the listings include extensive write-ups and histories. 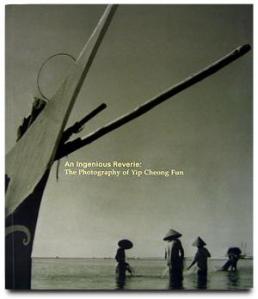 This catalogue accompanied the 2006 exhibition of photographs by the celebrated and pioneer Singapore photographer Yip Cheong Fun (1903-1989). In these remarkable photo studies, the National Library Board and the Singapore Heritage Society have presented many aspects of both the physical fabric and the human life and emotions of Singapore in the 20th century. With biographical and professional summaries and over a hundred photographs with many smaller insets. Partly in Chinese.

Collection of letters written in 1956 by distinguished Singapore lawyer, the late David Marshall, who was the colony’s first Chief Minister. The volume was edited by the late Prof. Michael Leifer, who also wrote an introduction to the book. In this volume, David Marshall provides interesting insights into conditions in communist China at a time when the country was still closed to most foreigners. He urged the Chinese authorities to encourage the overseas Chinese to take up citizenship of the countries of domicile. Marshall was instrumental in securing the expatriation of the small community of Jews who were in China at that time.